Who Am I and What is GutsyFeeling?

I am a 22-year-old Canadian woman with a passion to share my journey with the world. I am currently in my Masters of architecture, with the ambition of becoming a licensed Architect someday soon. I am a very creative and passionate person and once I get an idea in my head I must follow through with it. So, when the idea of a blog kept popping into my head, I knew I had to pursue it.
Now you may be wondering, what is this blog about? Well, Gutsy Feeling is a health and lifestyle blog that is used to help warriors go after their best life and THRIVE despite the challenges they may be facing. The inspiration for this blog came from living with Crohn’s disease for over 10 years. That is why June 2018, I decided to start this blog about my journey and experiences with a chronic illness. I also share daily advice on all things health, lifestyle, self love, motivation and environmentalism on my blog and over on Facebook and Instagram.

What is IBS vs. IBD?

Now before I even begin to dive into my story I would like to give a brief introduction to the difference between these two. Irritable Bowel Syndrome (IBS) is a common disorder that affects the large intestine. People with IBS can experience symptoms such as cramping, abdominal pain, bloating, gas, diarrhea or constipation. IBS can be challenging for many people however, can usually be controlled by finding a good diet that works for the unique individual, or with the use of some mild medications.
Inflammatory Bowel Disease (IBD) is an umbrella term that constitutes both Crohn’s and Ulcerative Colitis. IBD is a term used to describe diseases that involve chronic inflammation of your digestive tract. Both Crohn’s and Colitis are autoimmune diseases which means that your body produces antibodies that attack its own tissues. In the case of IBD the tissues being attacked would be anything along the digestive tract. However, there are many other autoimmune diseases in which your body produces antibodies to attack other parts of your body. These can include, Lupus, Rheumatoid Arthritis, Psoriasis, Celiac and many others.
The difference between Crohn’s disease (CD) and Ulcerative Colitis (UC) is mainly the positioning of the disease. However, both these diseases have many cross overs and subcategories. Crohn’s disease may affect any part of the GI tract, although it’s most often found at the end of the small intestine and the beginning of the colon. On the other hand, UC is typically found only in the colon. Crohn’s and Colitis have many sub-categories, mainly describing the areas in which the disease is mainly active. In many cases, someone can even have both IBD and IBS. Both Crohn’s and Colitis come with some pretty nasty side effects including but no limited to, cramping, bloating, diarrhea, abdominal pain, loss of appetite, fatigue, and joint pain. At the moment, there is no cure for Crohn’s or Colitis, however many break throughs in medicine have happened in the past years which brings hope to those living with these diseases. CD and UC are typically treated with a variety of drugs including immunosuppressants, steroids, anti-inflammatory drugs, and more. However, nutrition and supplements can also bring great benefit to many people with these diseases. Crohn’s and Colitis effects everyone differently, and this is part of the challenge in finding treatments, and ultimately a cure.
Now the main point of this whole explanation is that I want everyone to understand the distinction between these two. IBD is a much more severe disease in comparison to IBS and often cannot be controlled solely with diet. This is not to discredit somebody struggling with IBS, but rather to explain the differences both these conditions can hold.

In June 2008, I was diagnosed with Crohn’s disease at the age of 11. Before this time, I never really had any problems with my stomach. However, around April of 2008 things started to go downhill. At the time, I was complaining of a sore throat, so naturally the clinic thought it was some sort of virus, but every time I would get antibiotics they would never seem to work.
As time went on my symptoms continued to escalade slowly but surely. I began having constant diarrhea, I lost 25 pounds in total, and my throat began to swell because of all the inflammation. At this point, it was mid-June, I had a fever of 103°F, and I could not even swallow pudding. My parents knew there was something very wrong, so they called my family doctor which got me into the hospital immediately.
Over the 4 days in hospital, the doctors ran several tests that helped to determine that I have Crohn’s disease. Once, I returned home from the hospital I was put on a high dose of Prednisone and Pentasa at the time. I was also put on a very limited diet in order to allow my gut to heal from all of the internal bleeding. That whole summer my family and I took to learning as much as we can about CD and UC. All this knowledge has helped us along the way as my disease has gone in and out of remission.
After initial diagnosis, I struggled for about a year, but finally after a year I felt like I was getting into remission. I was fairly lucky after that in the sense that I was fairly stable symptomatically for the most part. Basically, about a couple times of year I would have a flair and would be put on a short course of steroids that seemed to clear things up fairly well. However, as life changes so does your disease.
About 4 years ago, in my senior year of high school I started to experience very bad muscle tightening in my abdomen and bloating. At the same time my doctor was also retiring, which lead me to a new doctor. My new doctor sent me for a colonoscopy once I became her patient and to her surprise she found nothing in my intestines. However, we both knew that could not be possible because of my symptoms, and it wasn’t until I did an MRI in May of 2016, that they found the location of my disease (my disease is right at the junction of the small and large intestine, which the scope camera cannot reach). The imaging showed that I had 30cm (12”) of active disease and scar tissue. This scar tissue and inflammation was causing a narrowing in my intestines and dilation. This concerned my doctor and so she wanted me to try a new medication.
By this time, I started my first year of university and my symptoms did not get any better, so I started taking Remicade, an immunosuppressant drug. Along with this new medication I tried going gluten-free and dairy-free for 4 months, and although this helped a bit, it did not help enough to continue. However, after a year and a half on this medication the MRI imaging showed no improvement (and neither did my symptoms). Therefore, in August of 2017 we decided to switch over to Stelera, a self-injected immunosuppressant drug. After about a year of this drug, the imaging again showed no sign of improvement. At this point it was April of 2018. My symptoms had greatly increased including horrible, painful bloating (making me look 4 months pregnant), loss of appetite, and very intense muscle tightness. These symptoms made it very hard to finish the school year, but with the help of some steroids I was able to.
However, my doctor, parents and I all knew that something had to be done because my quality of life was so low. I had basically two options, to try more drugs or consider surgery. I opted for surgery, because with the amount of scar tissue that I have accumulated over the past 10 years I know that this would be best. This leads me to now, writing this post. I have successfully had 10″ of my small bowel removed in July 2018. I have started taking Entyvio as of September 2018. So, we are still waiting to see how this medication works, but, I have high hopes for it!
At this point you may think, why start a blog now? Well, for years I have been searching for blogs with people’s IBD stories, but I always found that there was never really that many to shuffle through. Don’t get me wrong, there are some amazing blogs for IBD and IBS out there, but I felt like my story was worth sharing. As I said before, this disease is so personal to everyone, and because of this I felt like I NEEDED to share my story. My disease is very interesting in the sense that I have never experienced really crazy extreme diarrhea (knock on wood), but rather I have experienced bloating to the point of tears. Because of this uniqueness, I felt like I needed to offer my stories, tips, and tricks on how I deal with my disease
Before I leave you, I want to add that throughout this journey, I have also seen a naturopathic doctor, tried many supplements (I still do take many vitamins and minerals), developed a love for yoga and meditation, and have learned (and am still learning) the power of self-care with this disease. So, buckle up, and come along for the ride with me. I’d love to have you and support you along your journey too.
xx,
your trusty gutsy gal
***Just as a disclaimer, everything expressed in this post is my opinion, experience, or personal findings. I am not a doctor, so please consult a health practitioner before trying anything that you read online (on this blog or others). 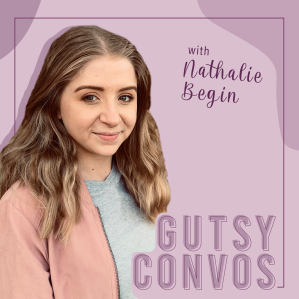 Merry Christmas from my family to yours🎁🎄
How are you doing? No really, how are you?
Even though San Antonio was over a month ago, I wanted to share some photos and videos from our travels.✈️
🚨Let’s all take a second to..